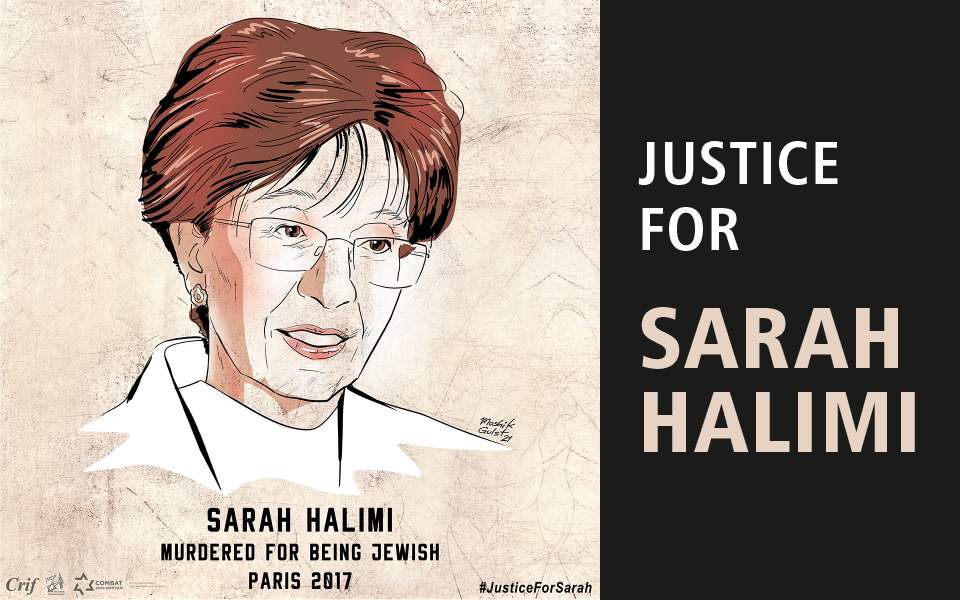 CIJA, the CSUQ, and Federation CJA will be holding a virtual solidarity rally in support of justice for the Halimi family on Tuesday, April 27 at 11am ET.

Last week, the family of Sarah Halimi was dealt a devastating blow. In an unfathomable decision, France's Court of Cassation ruled that the depraved and antisemitic murderer responsible for her death will never face justice. Why? Because he was too high on marijuana at the time of her murder.

Sara Halimi was brutally assaulted and stabbed to death in her Paris apartment before her body was thrown from a window. Her murder was act of antisemitism, and her family deserves justice once and for all.

France’s President Emmanuel Macron has asked his Minister of Justice to change the law that led to this outrageous verdict as a means to ensure that this never happens again.